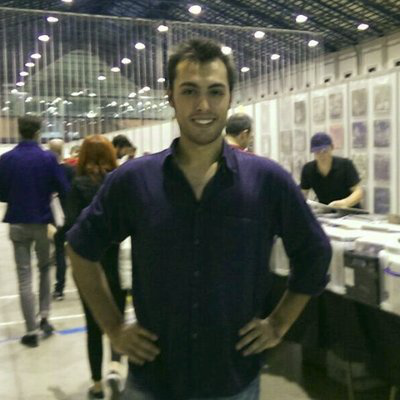 Find here a copy of his most recent CV (short or buisness) and a complete summary of his studies and interests(long or academic).

Born and raised in the Empordà region, from Catalunya, Spain, he always had an appeal for the Natural Sciences, especially chemistry and biology. He did his undergraduate studies at Universitat Autònoma de Barcelona in Genetics, preciously starting research with Prof. Maria Pilar Garcia Guerreiro working in transposable element regulation through piRNAs in Drosophila. Additionally, He also worked as free-lance researcher for PhD Victor Sarto i Monteys tackling the phylogeographic distribution of the red palm weever world-wide. Later on, he coursed a master in Bioinformatics for health sciences at Universitat Pompeu Fabra and Universitat de Barcelona, studying the global biogeographic distribution of merA and merB genes in the deep ocean (> 4000 m depth) by analyzing NGS data from Malaspina and Tara expeditions. The master thesis was conducted by PhD Pablo Sanchez and Prof. Silvia G. Acinas from the Institut de Ciències del Mar - ICM CSIC.

Now he is conducting his PhD at the at Zoonotic Infectious Diseases Unit, at the Rega Instituut, KU Leuven; under the supervision of Prof. Piet Maes. His PhD topic is on the recovery of complete genomes from large genome viruses and the study of their diversity. His case of study is the family Herpesviridae, specifically the human Cytomegalovirus (HCMV) and other betaherpesviruses.